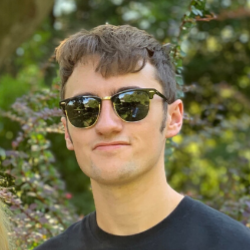 William Hurrell
William Hurrell is the Main Editor of TechNumb and founder of Black Sands Media LTD, a UK based Digital Agency. His expertise lay within Technology, Finance & Blockchain. William founded TechNumb to provide unbiased information regarding new & existing technologies. You can get in touch with William directly by sending an email to info[at]blacksandsmedia[dot]com.

Some say QR codes are a thing of the past, but they are, in fact, still widely used for various things such as Bitcoin wallet addresses, virtual business cards and connecting to WiFi networks. One of the most common questions I see about QR codes is; ‘can they be colored?’ Look no further, I’m about to answer this question for you.

Yes, QR codes can be any color so long as the contrast between the colors is strong enough. You can use an unlimited amount of colors in a QR code and it will still work.

It’s all about contrast

The background doesn’t have to be white

Yes, you read that right – even the background of the QR code can be colored as long as the contrast is big enough as I’ve mentioned above.

How to create colored QR codes

There are a number of tools out there which you can use to make colored QR codes, but my favourite, by far, is the QR Code Monkey.

To use QR Code Monkey, just enter the information you want to make a QR code for (e.g Web URL) and then click ‘Create QR Code‘.

And to top it off – it’s 100% free to use and you can download the QR codes in PNG form instantly.

TechNumb is a tech blog which provides helpful content about several tech-related topics. Learn more about us on the ‘About‘ page. Need to get in touch, fill out the contact form here.

Any cookies that may not be particularly necessary for the website to function and is used specifically to collect user personal data via analytics, ads, other embedded contents are termed as non-necessary cookies. It is mandatory to procure user consent prior to running these cookies on your website.